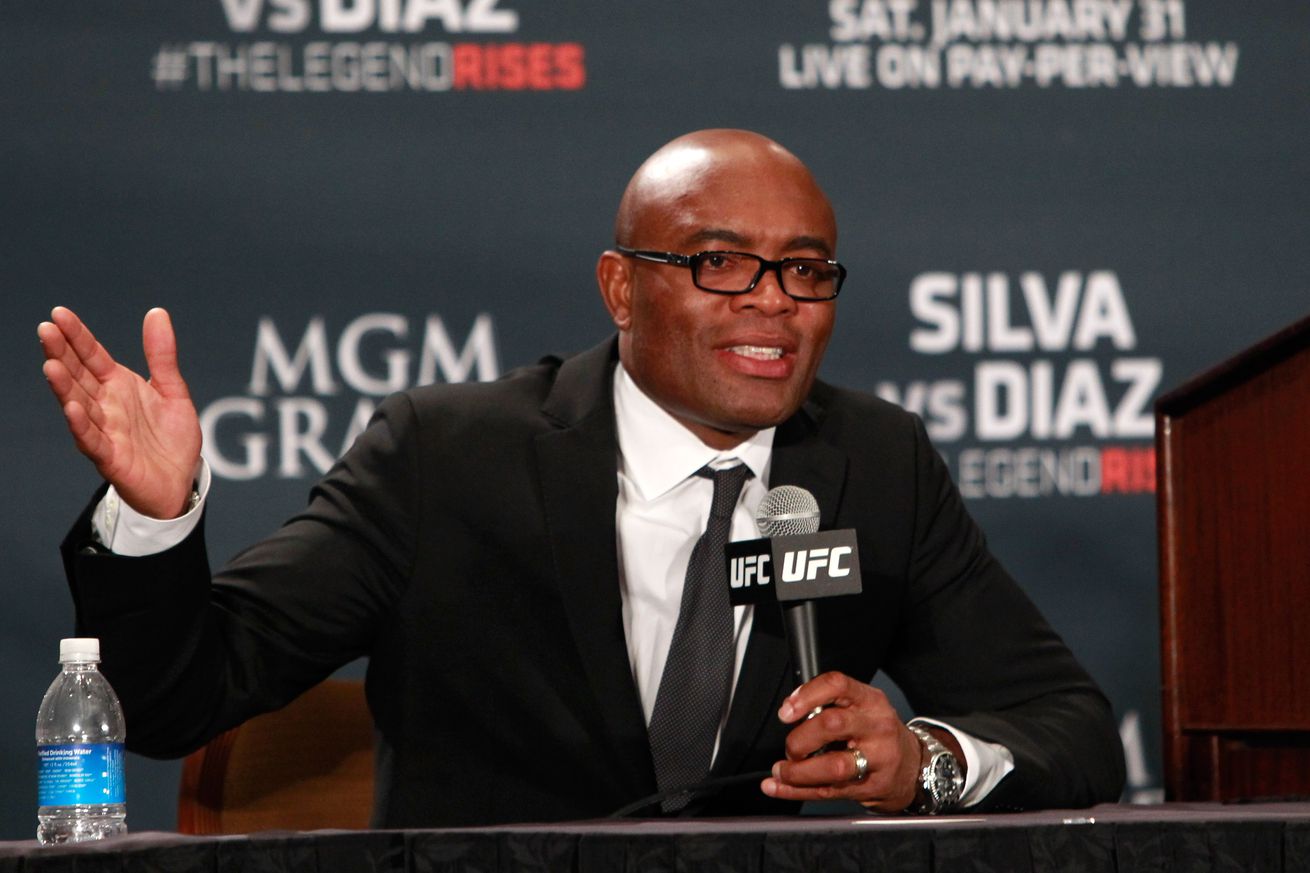 “I believe Israel is not my new version. But I think this fight is very interesting, because I believe this is the first time I have the opponent (with) the same style.”

Budding UFC middleweight prospect Israel Adesanya is already being hyped as the next Anderson Silva, but ‘The Spider’ isn’t so sure about that.

Silva, the former pound-for-pound No. 1, will take on ‘The Last Stylebender’ in the co-main event of UFC 234 in February and, while he believes his opponent is a ‘great’ fighter, Silva says Adesanya is his own fighter with his own unique style.

Speaking to the media in Los Angeles to promote the launch of his new gym, Spider Kick, Silva was quick to shut down any talk of Adesanya being a new ‘version’ of himself.

“Israel is a great fighter,” Silva said, per MMA Junkie’s Fernanda Prates and Dave Mandel. “I think he’s super talented, he’s young, he has a brilliant future ahead in this sport. I believe he might be a version of him and he’ll become a better version of himself.

“I believe Israel is not my new version. But I think this fight is very interesting, because I believe this is the first time I have the opponent (with) the same style. That’s a good test for my martial arts skills.”

At 43-years-of-age, Silva is just 1-4 (1 NC) in his last six fights. Adesanya, on the other hand, is undefeated after 15 professional fights and has gone 4-0 in the UFC since joining the promotion earlier this year. The kickboxing dynamo most recently knocked out Derek Brunson at UFC 230, cementing himself as a top contender in the middleweight division.

Despite the odds being stacked against Silva, the Brazilian says fans should expect to see the Anderson Silva of old at UFC 234. If victorious, UFC president Dana White has promised the former champ a title shot against Robert Whittaker.

“I think everybody is going to see the old Anderson, but more experienced,” Silva said. “I don’t have nothing to prove. I passed through different moments in the sport. I win, I lose. I have a lot of experience. I am just doing something for my fans. I am so happy to be back to fighting and I’m here. Every day I come to training and say, ‘Thank you God. Thank you for giving me one more opportunity to do something special.’”