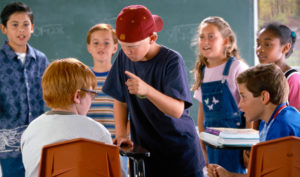 Bullying is when people repeatedly and intentionally use words or actions against someone or a group of people to cause distress and risk to their wellbeing.

These actions are usually done by people who have more influence or power over someone else, or who want to make someone else feel less powerful or helpless.

Bullying is not the same as conflict between people (like having a fight) or disliking someone, even though people might bully each other because of conflict or dislike.

The sort of repeated behaviour that can be considered bullying includes:

1.Keeping someone out of a group (online or offline)

2.Acting in an unpleasant way near or towards someone

5.Mucking about that goes too far

6.Harassing someone based on their race, sex, religion, gender or a disability

7.Intentionally and repeatedly hurting someone physically

9.Taking advantage of any power over someone else like a Prefect or a Student Representative.

Types of behaviour in online bullying

Online bullying can include:

2.posting unkind messages or inappropriate images on social networking sites excluding others from online chats or other communication

6.sharing unflattering or private images, including naked or sexual images

repeatedly, and for no strategic reason, attacking players in online gaming.

One action – such as an insulting comment or an embarrassing photo – which is repeated through sharing and forwarding to others, can be called bullying if the individuals involved know each other, and have ongoing contact either on or offline.

Online bullying has the potential to have social, psychological and educational impacts.

Bullying can affect everyone—those who are bullied, those who bully, and those who witness bullying. Bullying is linked to many negative outcomes including impacts on mental health, substance use, and suicide. It is important to talk to kids to determine whether bullying—or something else—is a concern.

Kids Who are Bullied.

1.Depression and anxiety, increased feelings of sadness and loneliness, changes in sleep and eating patterns, and loss of interest in activities they used to enjoy. These issues may persist into adulthood.

3.Decreased academic achievement—GPA and standardized test scores—and school participation. They are more likely to miss, skip, or drop out of school.

A very small number of bullied children might retaliate through extremely violent measures. In 12 of 15 school shooting cases in the 1990s, the shooters had a history of being bullied.

Kids Who Bully Others.

1.Abuse alcohol and other drugs in adolescence and as adults.

2.Get into fights, vandalize property, and drop out of school.

4.Have criminal convictions and traffic citations as adults.

5. Be abusive toward their romantic partners, spouses, or children as adults 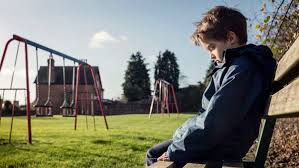 Kids who witness bullying are more likely to:

1.Have increased use of tobacco, alcohol, or other drugs.

2.Have increased mental health problems, including depression and anxiety.

The Relationship between Bullying and Suicide:

Media reports often link bullying with suicide. However, most youth who are bullied do not have thoughts of suicide or engage in suicidal behaviors.

Although kids who are bullied are at risk of suicide, bullying alone is not the cause. Many issues contribute to suicide risk, including depression, problems at home, and trauma history. Additionally, specific groups have an increased risk of suicide, including American Indian and Alaskan Native, Asian American, lesbian, gay, bisexual, and transgender youth. This risk can be increased further when these kids are not supported by parents, peers, and schools. Bullying can make an unsupportive situation worse. 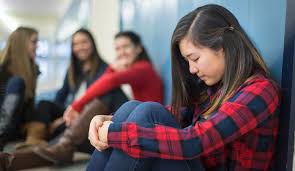 I have a foolproof way of dealing with bullying in American schools. Now, this is a big secret. I was ordered to never tell a soul. This may be my last answer on Quora because I fear they may take me out for putting this on the internet.

Whenever I got bullied in school, I always did as I was taught and reported it to the teacher. The teacher usually spewed some bs about “ignore them” and “sticks and stones may break your bones” yada yada ya, Idontwannadomyjob.

So of course the bullying persisted.

I went to the principal.

[insert name here] is bullying me. This is what they’ done and they won’t stop. I’m feeling really upset about it. What should I do?

They responded with some bs about how suspending them may be perceived as racist and how they would speak to them and they’d be disciplined.

And the bullying persisted.

So other people (usually friends of the bully) caught on to the trend. They started bullying me too. And so the cycle repeats itself.

This ended with me spending everyday badgering my principal about getting bullied and him dismissing me as another overreactive teenage girl. My mom taking about a dozen and one trips to the school administration building, and me finally snapping and cussing all the kids out. This happened on more than one occasion.

That year I was groped, almost got in a fight. was stalked and followed around, name called, slut shamed. and harassed just to name a few things.

So you see, the real key to stopping bullying in schools is discipline. Once someone is held accountable for their actions and they must pay an undesirable consequence, they’re far less likely to repeat the action.

And with that being said, say something nice to someone today. A total stranger. You never know what other people are struggling with. Kind words go much farther than hateful ones.

Losing Weight Starts Not With A Diet